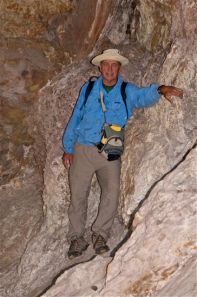 George Davis in a cave

This week I’ll introduce another exceptional team working at Mt. Lykaion: the geologists.  It’s a team of just two—Dr. George Davis of the University of Arizona and his able assistant, Karl Yares—but they’ve managed to accomplish a tremendous amount over the course of the season. From field mapping the region to digitally processing all their data to digging their own trench, the geologists did a little of nearly everything.

As George helped us appreciate, the geology of Mt. Lykaion and its environs is incredible.  Active faults zigzag across the land, and their traces are visible everywhere, at least with someone like George to help us notice them.  In some places, compressional forces have caused a plane to fold back on itself in a hairpin bend, so strata can be seen in the reverse of their usual sequence; in others, faulting occurs twice, so that the sequence of strata repeats four times. 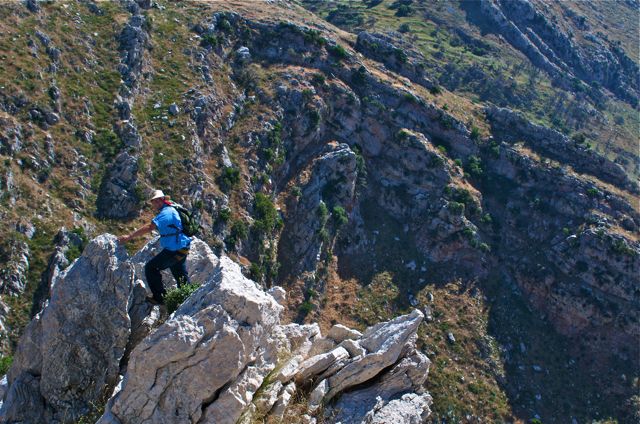 Karl Yares climbs on a fold

The geologists piece together the stratigraphy and history of Mt. Lykaion on a much grander scale than archaeologists, of course, detecting events that took place long before the first visitors to the ash altar, old as they are.  But the remarkable geologic events of Mt. Lykaion are crucial to deciphering why the first people, when they came to the mountain, did what they did; building structures on a mountain, after all, is fundamentally an interaction of man and geology.  Certain geologic features might have influenced the choice to establish a sanctuary in one mountainside meadow rather than another. Tectonic activity on the mountaintop might have contributed to the awe with which the ancients regarded the place.  The geologists can also determine which rocks are native to the mountaintop and lower sanctuaries and which must have been carried from elsewhere by human hands.  Over the course of this season and the next, George and Karl are excavating at the ash altar to expose the fault that runs across the mountaintop. 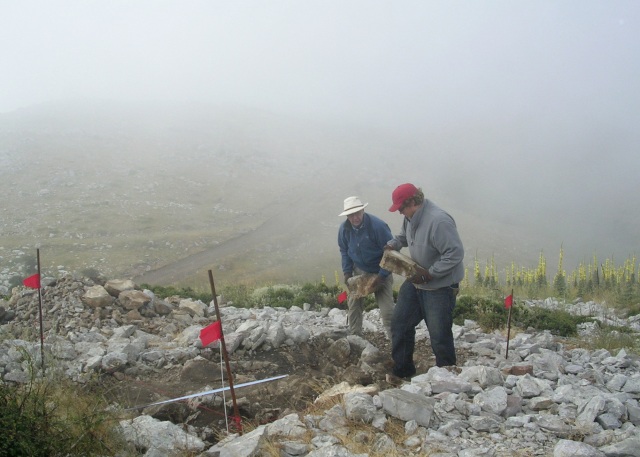 George has also contributed to the project’s development of a proposal for the Parrhasian Heritage Park.  Parrhasia, a name with Homeric roots (Il. 2.608, e.g.), refers to the area of southwestern Arcadia and beyond in which not only Mt. Lykaion but myriad other ancient cities and sanctuaries are located.  Within the scope of the proposed park—which would span  300 square km in southern Elis and northern Messenia as well as in western Arcadia—fall many of the sites and scenes we’ve grown to love over the past weeks.  There’s nearby Phigaleia, the city we visited in the second week of the excavation, which boasts not only the fountain house but a Temple of Athena.

Not far from the temple we could glimpse the Neda Gorge, with its breathtaking view straight to the Ionian Sea.  On our Sunday excursion of the week, we visited three other important sites that fall within the proposed park: Lykosoura, Trapezus, and the city of Megalopolis.  The city of Lykosoura, which Pausanias claimed to be “the oldest city in the world,” is notable for its Sanctuary of Despoina (a goddess related to Kore, a daughter of Demeter) and so-called Megaron complex.  Trapezus, in the Megalopolitan plain, is thought to be one of the first Greek cities to be laid out on a grid; Megalopolis, one of the cities founded by Epaminondas after his victory at Leuctra, held the largest theatre in Greece, quite well-preserved to this day, a vast agora, and numerous temples. 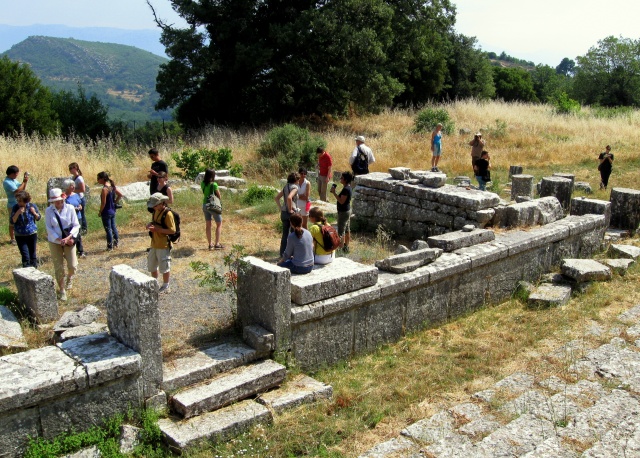 The group in the Temple of Despoina at Lykosoura

The region’s delights, though, are not only for classical archaeologists.  There are many sites of more recent historical interest nearby, from the Frankish fortress at Karitaina to the many lovely Byzantine monasteries that pepper the landscape; on the other end of the spectrum, there are sites of paleological significance in the Megalopolitan plain. 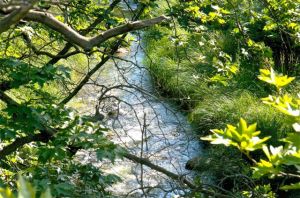 The Neda River, which flows through much of the region

But the area is also attractive simply for its natural beauty, with rugged mountains and rich forests, and for the glimpse it affords of traditional Greek life that is not to be found on the more touristed isles.  The proposed park is designed to reflect this multiple heritage, then, not just one aspect of it.  A visitor’s center would make information about the area available to tourists, while a series of paths and trails would allow travellers to enjoy more of the region on foot.

We have a great team working on the proposal; in addition to the project co-directors and George Davis, landscape architects Mark Davison and Danae Whipp, although they weren’t able to make it out this season, have been invaluable in spearheading the proposal and are now working on a brochure; Dr. Barbara Morehouse of the University of Arizona spent a week at Mt. Lykaion offering insight; Ximena Valle on the architecture team has been designing prototypes for informational signs to help guide visitors through the park.  Perhaps most important, though, has been the support of the mayors and citizens of the towns that fall within the proposed park.  Program co-directors David Romano and Mary Voyatzis went all the way to Athens on June 14th to speak about the park proposal at the War Museum for the meeting concerning the 10th re-enactment of the Modern Lykaion Games that will take place in August 2009.   Their warm reception there and throughout augurs well for the park’s creation and, with it, more visitors to this wonderful corner of the Peloponnese. 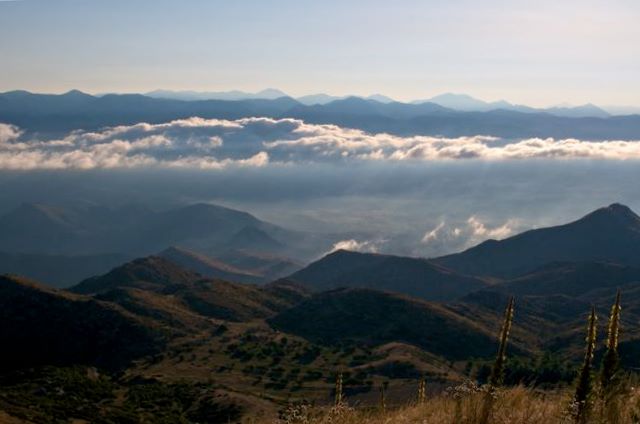 View from the Ash Altar

Penn Museum Web Developer
View all posts by mountlykaion →
This entry was posted in Uncategorized. Bookmark the permalink.